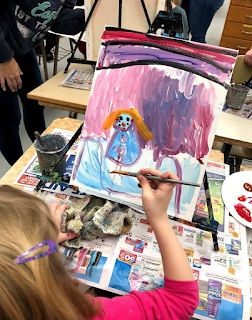 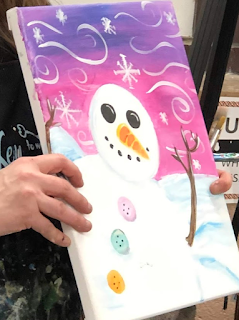 Have you seen the Disney Pixar Short filmPiper?

I watched this movie today with a few of my students who stay after school for "Club Success" (formerly called "tutoring" but this feels way more positive for the kids who are asked to stay). After we watched Piper, we wrote about the movie and then shared our writing. Each of the three students who wrote touched upon the idea that Piper had to learn how to get the food for herself. Some students mentioned the pride she felt after she learned how to survive the big waves and find food.  We talked about the mistakes she made and how they helped her to learn.

I think this video is a MUST WATCH for a few reasons.

1- It really makes you think about the process of learning and how uncomfortable it can feel when you move to trying something new for the first time.
2-Piper learned by her failed attempts and eventually by finding a mentor and trying his strategy.
3-When Piper finally does ge…
Read more

June 25th is the last day of school. Final grades, report cards, literacy profiles, organizing, and packing up the room are some of the essential "to-do's." As I embark on starting and completing these tasks, I don't want to lose sight of bringing a sense of joyful closure to my community of third graders. I want them to feel good about our year and our work together and I want to leave them with the lasting idea that they are all important and special.

I have gifts for them. I asked each student to come up with a positive word or trait to describe each classmate. Then, I compiled the words to make a special word cloud for each student, using Tagxedo to create different shapes. I bought frames to finish the project. (Thanks to Pinterest for the inspiration)

I also purchased a book for each student as a gift. Deb Pilutti, author of Ten Rules of Being a Superhero, was kind enough to donate awesome Superhero bookmarks, which I will wrap with each book.

So all that is left…
Read more