The packages were under the tree, in color-coordinated wrapping paper. Alex had green paper with Minions in red Santa hats. Megan had magenta paper, with Disney princesses and mistletoe and holly. Wrapping paper flew with exclamations of delight until Megan opened one gift that stopped her in her tracks. Gizmo, a Mogwai- a Gremlin was opened to shrieks of joy.


I was not in favor of my 7 year old son and 4 year old daughter watching Gremlins, the classic 80’s movie. I remember it being so scary. On a night where I was out, my husband showed it to them. They loved it and no nightmares. In fact, they talked about Gizmo a lot, especially Megan. Which gave Santa the idea to buy her Gizmo for Christmas.


There were many other adorable stuffed animals she received, but it was Gizmo who she held all day long on Christmas. Her new alphabet beads were used to spell out MOGWAI in a necklace for Gizmo. Gizmo was lovingly carried to her grandparents’ house and didn’t leave her arms for pretty much the entire day.


Years from now, when Megan is a teenager or even later, when she’s a mom herself, I will pull out these pictures from the Christmas she was nearing five years old and her most favorite new toy was Gizmo, the Mogwai from the 80’s. 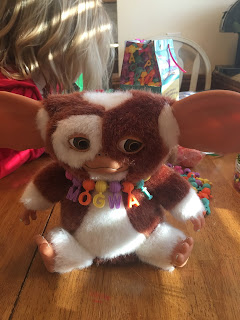 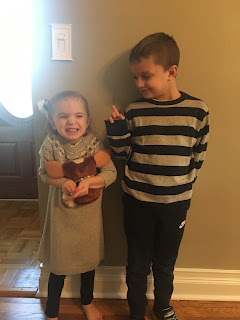 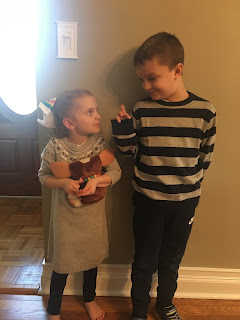 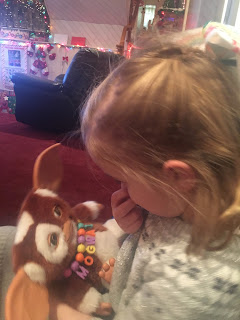